Science of Skin Care Series: Dr. Berger’s Corner: How Do Poison Plants Cause So Much Inflammation? 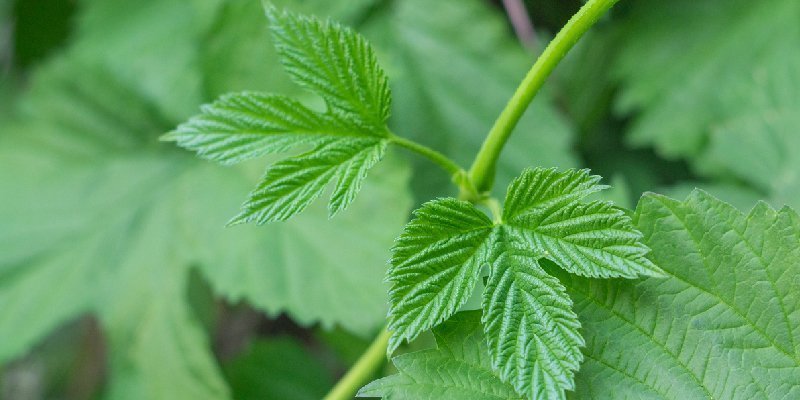 If you have never had an allergic reaction to one of the infamous “poison” plants, consider yourself very lucky. The sustained irritated itching has been described as unbearable by some. Yet roughly 85% of Americans report a sensitivity to poison ivy, poison oak, or poison sumac.

Just how is it that these plants can have such a hugely uncomfortable impact on our skin for seemingly weeks after contact?

What is That Rash?

Whether you’re talking about poison ivy, poison oak, or poison sumac, the result is still the same if you’re one of the unfortunate majority that are allergic to them. No matter which type of plant “poisons” you, the rash that ensues is indistinguishable.

This rash sometimes becomes severe enough to develop additional symptoms such as fever, swelling, and blisters. Possible allergic reactions may also follow. In the most severe cases, people can develop a life threatening anaphylactic reaction.

Contrary to popular belief, the rash is not contagious, nor does it spread any further once you have washed your skin following contact with the plant. The popular wive’s tale that the blisters can cause the “poison” to spread are also false.

The reaction lasts anywhere from one to three weeks and will usually subside on its own without treatment, though often times intervention can help alleviate the discomfort of the reaction.

What Causes the Poison Rash?

So let’s get to the crux of our discussion: Just what is it that allows these plants to cause so much discomfort? How is it that a simple plant can unleash a rash that seems to grow and migrate and spread?

The rash comes from a sensitivity to an oily resin found in all three of these plants called urushiol. Exposure to even a tiny amount – less than one grain of table salt – of urushiol will lead to a rash in most people. No part of the plant is safe, as the substance is found in all parts of the plant: leaves, stems, flowers, and roots and is still active even after the plant has died.

Sensitivity occurs usually after the body has been exposed to the plant at least once, so most people don’t typically develop the rash the first time they’re exposed. With repeated exposure, sensitivity ultimately develops.

Why Does the Rash Appear To Spread?

The rash is caused by direct contact with urushiol by touching the plant. It can also be transferred from other locations that are carrying the oil. These include a pet’s fur, tools, clothing, or other surfaces. It can also include someone else’s arm if they haven’t washed yet after their exposure.

It is only the urushiol oil that causes the reaction, so once someone has washed the oil off of their skin, they are no longer “contagious.”

The rash also doesn’t usually develop immediately following contact; it takes about 12 to 72 hours, and some areas of the skin may develop at different times, even with the same exposure, making it look like the rash is “spreading.” In some instances, new lesions may continue to appear for up to two to three weeks. Areas that have been exposed to a larger amount of urushiol may develop the rash more quickly, and the rash may appear more severe.

The blisters containing body fluid such as serum, lymph, plasma, blood, or pus may ooze but that fluid does not contain urushiol, so therefore doesn’t spread the rash.

Signs and symptoms of poison ivy, oak, or sumac rashes include:

The rash could appear bumpy, streaky, linear (in a line), or patchy.

Why Does Your Skin Do That?

This rash is a form of allergic contact dermatitis. The body actually thinks that it is under attack by the urushiol, springing your immune system into action, making antibodies to fight the invader. A chain of events causes a release of chemicals, including histamine, which causes blood vessels to expand paving the way for lots of itch.

What You Can Do 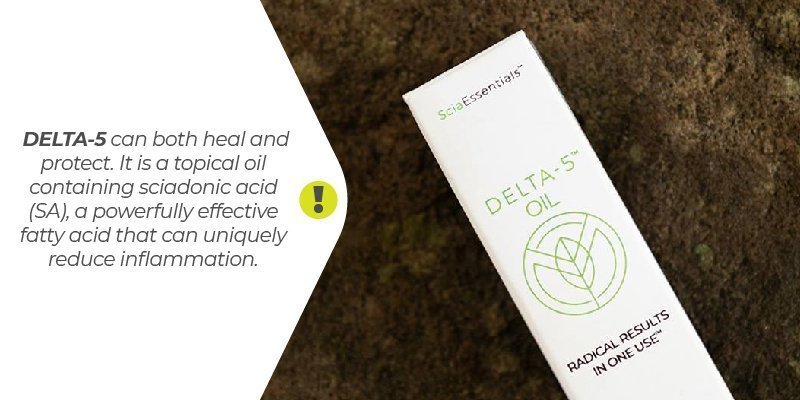 In most cases, OTC corticosteroid cream or calamine lotion for the itching can keep you fairly comfortable. Avoid anything that contains antihistamines or anesthetics, as they can contribute to their own allergic reaction.

Cool showers or a mixture of baking soda and water applied to the area can provide some relief as well.

There is one magical product out there has the ability to alleviate the inflammation that controls the itch, soothe angered skin, and help the repair process.

Launched in March 2018 after decades of painstaking scientific research, DELTA-5 can both heal and protect. It is a topical oil containing sciadonic acid (SA), a powerfully effective fatty acid that can uniquely reduce inflammation.

“I haven’t had any itchy sensation whatsoever since beginning treatment with DELTA-5.” – Beth Zaccari

Developed from the special conifer seed, it breaks the inflammation cycle by interfering with the inflammatory response cycle early in the biochemical process. DELTA-5 oil has been processed into the highest level of SA commercially available, which is then formulated into a high-grade, stable cosmetic oil.

It also has the ability to improve the skin’s barrier functions, keeping bacteria and other irritants from penetrating the skin and causing even more complications.

Its bioactive mechanism uniquely delivers more than just skin barrier protection. It provides relief from itchy, irritated, red, and inflamed skin. Use it twice a daily on affected areas.