What Does Pollution Do To Your Skin? 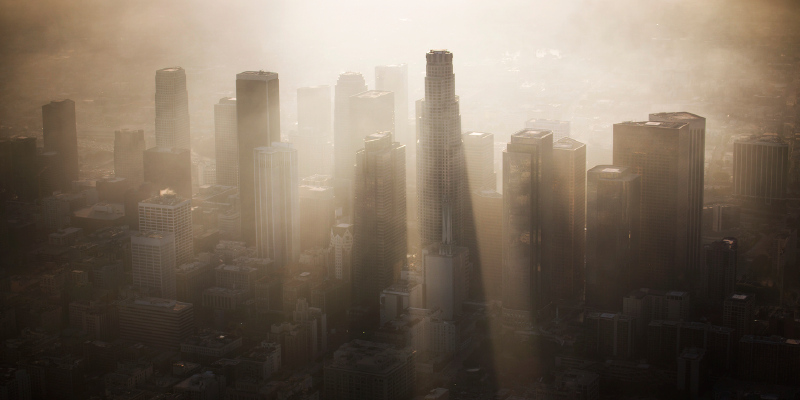 Pollution is still a topic of conversation, debate, and argument. It is definitely taking a toll on the environment. That much can’t be argued. But until recently, the effects that pollution has on your skin were unknown. Research is now piling up outlining the negative impact that pollution can indeed have on your skin and what you can do to protect it.

Although your skin acts as a biological shield against chemical and physical air pollutants, the prolonged or repetitive exposure to high levels of these pollutants could have a profound negative impact on your skin.

“The sun isn’t the only villain, now that we know how damaging pollution really is,” says David Bank, M.D., Assistant Clinical Professor of Dermatology at Columbia-Presbyterian Hospital in New York City. A landmark study published in 2014 in the Journal of Investigative Dermatology showed that women exposed to increased pollution in urban areas had more dark spots (lentigenes) and wrinkling. Exposure to air pollutants has also been associated with inflammatory or allergic skin conditions such as atopic dermatitis, eczema, psoriasis, and acne. 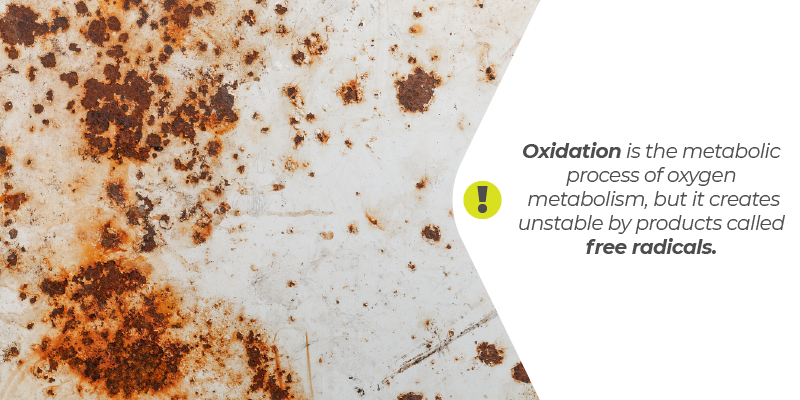 Oxidation is the metabolic process of oxygen metabolism, but it creates unstable byproducts called free radicals. They cause oxidative stress by way of cellular damage, making cells vulnerable to decay and pathogens. This process damages DNA and other important cell components which can result in many health problems. Once formed, these highly reactive free radicals can start a chain reaction, like dominoes.

Free radicals are also formed as a result of exposure to toxins and pollution. Your body has an ability of fighting them by way of antioxidants, but we get into trouble when there is an overload of free radicals and not enough antioxidants.

How Does Pollution Affect Your Skin? 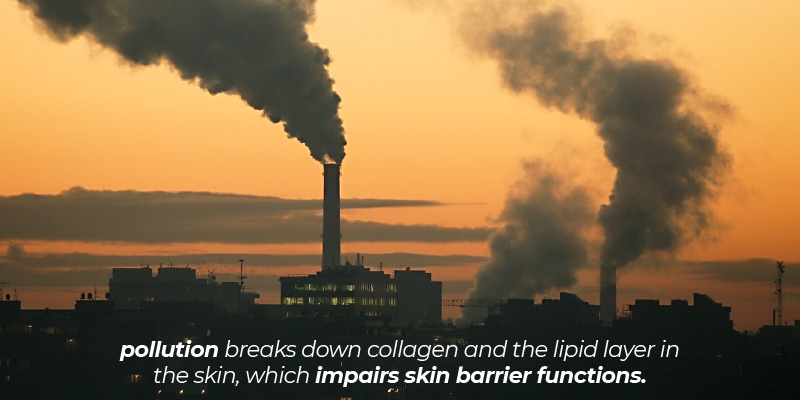 There is a definite correlation between air pollution and the number of people suffering from skin problems such as acne, hives, and eczema. Air pollution isn’t just affecting skin on a cosmetic level, but poses a very real threat to skin health.

It’s difficult to say exactly which of the many components of pollution is responsible for the skin changes we see. Some of the specific pollutants tested in the lab include Benzo-a-pyrene, urban dust, ultrafine dust, and diesel exhaust. “Surprisingly, the real threat often doesn’t come from these particles themselves; it comes from the chemicals that find a way to attach to them,” says dermatologist Doris Day, MD. Take urban dust, for example. It contains a cocktail of 224 toxic chemicals including polyaromatic hydrocarbons, pesticides, and heavy metals. Day explains, “while the particles of pollution are usually too large to penetrate skin themselves, many of these chemicals attached to them are not.” Another often overlooked pollutant is cigarette smoke, shown to consist of over 6,000 chemicals.

According to Zoe Draelos, M.D., Consulting Professor of Dermatology at Duke University in Durham, North Carolina and author of the Journal of Cosmetic Dermatology article entitled “Aging in a Polluted World,” pollution breaks down collagen and the lipid layer in the skin, which impairs skin barrier functions.

Some actions of certain pollutants may be amplified by the presence of other pollutants and with interaction of ultraviolet radiation (UVR), forming other major components of smog.

Combating Pollution on Your Skin 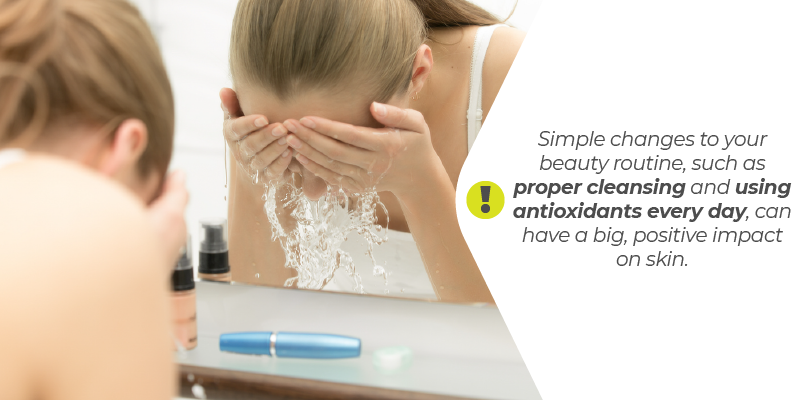 “Simple changes to your beauty routine, such as proper cleansing and using antioxidants every day, can have a big, positive impact on skin,” says Dr. Day.

Laboratory tests have been able to measure not only how your cells react to different pollutants, but also which ingredients can protect them against the negative effects. Using that knowledge, products can be developed to protect against the damage and repair harm done as much as possible.

The good news is that when your skin is healthy, it’s a pretty efficient filter on its own. One of the functions of the skin barrier is to keep things from getting into the body by way of the skin. The human skin does a good job of blocking out undesirable substances and forces like chemicals, pathogens, and sunlight. Practicing good skin care goes a long way towards ensuring you’re as protected as possible.

A product like DELTA-5 by Sciaessentials is created to effectively improve the skin’s barrier function. It contains linoleic acid plus sciadonic acid, a key fatty acid, to help build and improve the skin’s ceramide structure. Not only that, but it also helps to decrease molecules that cause inflammation of the skin, helping to break the cycle.