The Stings Of Summer: Bug Bites and Rashes 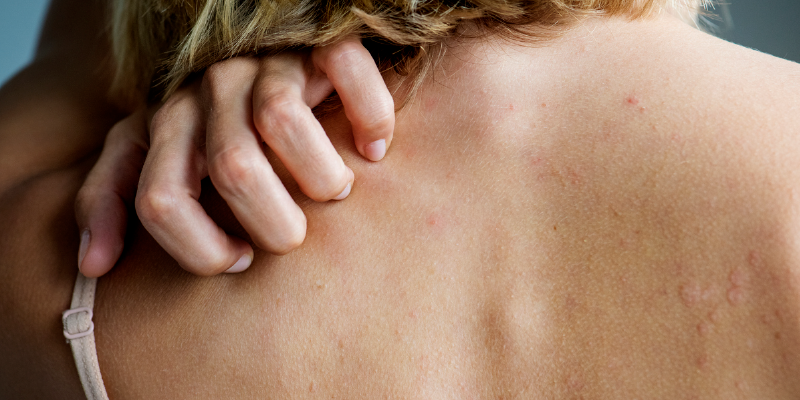 The joys of summer and all the feel-good warm-fuzzies, smells, tastes, and feelings.

And all of the annoying bites, stings, rashes, itches, and irritations that come along with all of those things.

You can’t enjoy outdoor summer activities without also being subjected to the forces of nature, and sometimes there’s nothing more uncomfortable or annoying than the itchy rash of poison ivy or the sting from a bee. You can’t fault them . . . . it’s nature’s way of protecting itself.

While the initial contact of a bite or sting may be painful, it is often followed by an allergic reaction to venom deposited into your skin through the insect’s mouth or stinger. It’s how your body reacts to the venom that determines how large of an allergic reaction you suffer.

Symptoms of Insect Bites and Stings

You may not even know that you’ve been stung until the symptoms start showing up. You may notice:

Why Does My Bug Bite Itch and Hurt?

When you get stung, the venom injected into your body causes your immune system to respond. When a non-venomous bug bites you, this may cause a bump to form. You may still have an allergic reaction to the bite. Often, the response will include redness and swelling at the site of the bite or sting. Itching and soreness may come later.

Let’s take a look at two common insects and the trouble they can cause us.

Bee Stings:  Bees jab a barbed stinger into the skin to inject their venom. This may cause pain and swelling around the sting site. Bee venom contains a mixture of enzymes, smaller proteins, and peptides. One of these causes the body to release histamine, causing muscles to contract and inflammation to occur. The mixture of enzymes in venom can also break down red blood cells, induce anaphylaxis, cause venom to spread and create allergic reactions.

Mosquito Bites: Female mosquitoes need to feed on blood. Their mouthparts pierce the skin, suck blood, and inject saliva. Proteins in the saliva causes an immune reaction. Histamines are released, which increases blood flow and white blood cell count around the affected area, causing inflammation or swelling. The histamine also sends a signal to the nerves around the bite, causing itch. 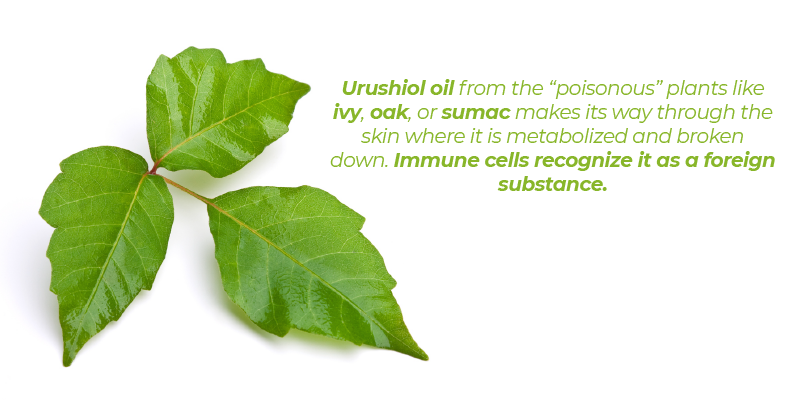 Sometimes the body’s immune system can overreact. Urushiol oil from the “poisonous” plants like ivy, oak, or sumac makes its way through the skin where it is metabolized and broken down. Immune cells recognize it as a foreign substance. They send out inflammatory signals (cytokines), which bring in white blood cells, which turn into macrophages. The macrophages eat foreign substances, but they also damage normal tissue, resulting in the itchy inflammation.

Within one to two days of being exposed, you could develop a rash, which will usually itch, redden, burn, swell, and form blisters. The severity of the rash may be related to how much urushiol you’ve touched.

To help reduce the discomfort of itching and swelling:

Help For Inflammation From Poison Ivy

How DELTA-5 Can Help Summer Stings 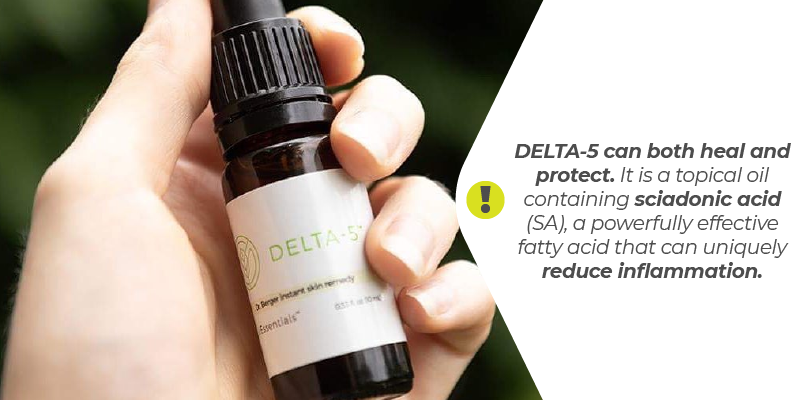 Launched in March 2018 after decades of painstaking scientific research, DELTA-5 can both heal and protect. It is a topical oil containing sciadonic acid (SA), a powerfully effective fatty acid that can uniquely reduce inflammation.

Developed from the special conifer seed, it breaks the inflammation cycle by interfering with the inflammatory response cycle early in the biochemical process. DELTA-5 oil has been processed into the highest level of SA commercially available, which is then formulated into a high-grade, stable cosmetic oil.

It also has the ability to improve the skin’s barrier functions, keeping bacteria and other irritants from penetrating the skin and causing even more complications.

Its bioactive mechanism uniquely delivers more than just skin barrier protection. It provides relief from itchy, irritated, red, and inflamed skin. Use it twice a daily on affected areas.