What? Older Men Are ‘Distinguished’ But Older Women Are ‘Aging?’ 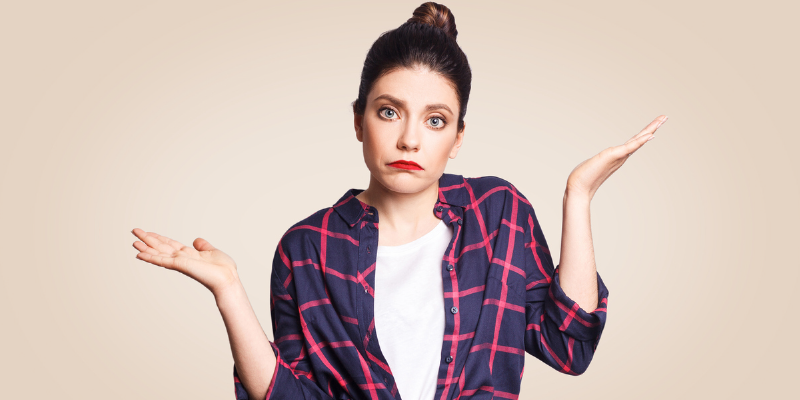 Just how did that bunch of ridiculousness ever get started?

For centuries, women have been held to high beauty standards. Maintaining a look as though they regularly drink from the fountain of youth. Diligently slathering on creams and lotions and anti-aging serums. Religiously hiding from the sun. Giving themselves ulcers over every little laugh line and dawning age spot.

On the other hand, men have been revered and celebrated for their age. The older they get, the more “distinguished” they are considered.

Is that really fair?

As a result of all the pressure to remain youthful looking, nubile, and sexy, many women are undoubtedly agonizing over any signs of aging that may appear. In a survey reported in 2013, 90% of people polled think that women are under more pressure to look younger than men are. Men are also considered to be “old” about five years later than women, and “sexier” at an older age. 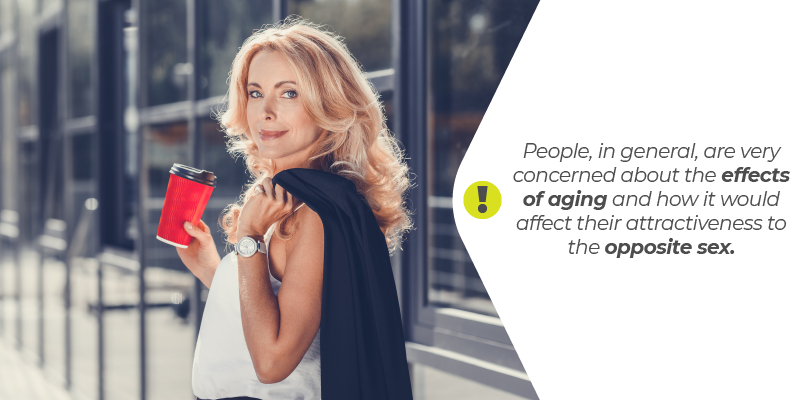 In fact, most people believe that women are under more pressure to look young than men. People, in general, are very concerned about the effects of aging and how it would affect their attractiveness to the opposite sex. But women, especially, are concerned with how aging will affect them and their careers.

The survey reported that 42% of women aged 50-59 years old said they felt they needed to look young to be successful at work, nearly double the number of men.

So just where does this disparity come from?  According to menshealth.com, evolutionary theory suggest that certain age-related cues like baldness can symbolize heightened masculinity and have effects on social standing. People are more apt to look towards someone with some years of experience under their belt when in a crisis. They’ll want to turn toward the person who’s been there, done that.

Evidence shows that women instinctively know this. A Match.com study shows that 72% of women prefer an older, silver-haired man.

Science is definitely at play when it comes to the ways in which men and women age. This may explain why men tend to age a tad bit more gracefully and in later years than women.

Hormones Are At Play In the Aging Difference 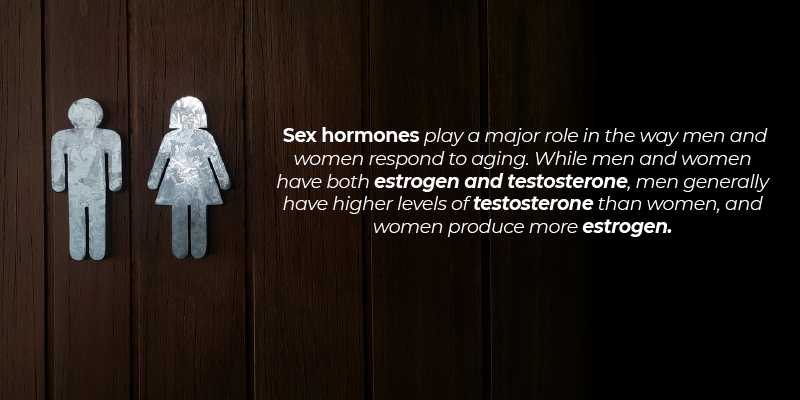 Testosterone doesn’t begin to drop off in men until around the age of 55-60. Testosterone has been shown to reduce the degradation of collagen and elastin, two key components of firm, youthful-looking skin, and increase sebum production. As testosterone drops much earlier in life for women, they tend to show signs of aging more quickly. Fine lines and wrinkles will appear earlier than in their male counterparts.

Testosterone is also responsible for facial hair growth. With their face mostly hidden from the sun by grizzle, men aren’t exposed to as many UV rays. It’s the UV radiation that is the biggest contributing factor in visible signs of aging.

Estrogen is also known for its skin protecting abilities. It can promote collagen production and help to maintain an even skin tone and texture. So we should be set, right? Wrong. The sad truth is that women’s estrogen levels tend to decline much more rapidly and sooner than the testosterone drop-off in men. 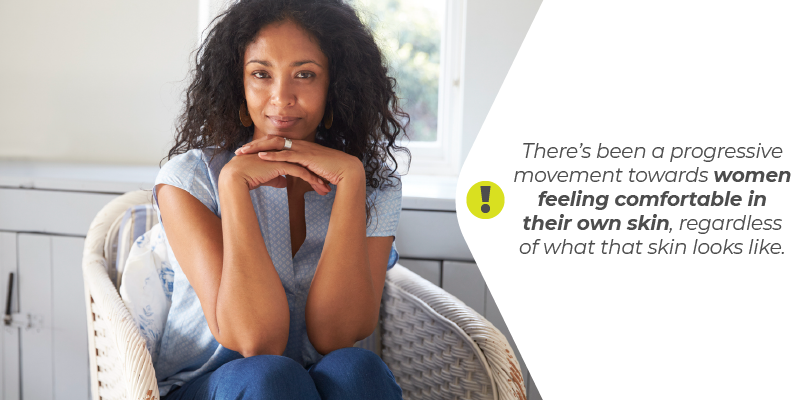 There’s been a progressive movement towards women feeling comfortable in their own skin, regardless of what that skin looks like. The stereotypical young, slender, smooth woman is no longer the icon of beauty. Women are being celebrated everywhere for who they are instead of what they look like. The movement really started to spark with Dove’s viral message: Beauty is a state of mind.

Rather than worrying about trying to adhere to societal norms, women are learning to accept themselves for their own natural beauty. When you have that much confidence in yourself, it’s easy to take care of yourself.

Sciaessentials DELTA-5 oil works to take care of the skin you have. Used by itself or in conjunction with your regular beauty regimen, DELTA-5 can help you maintain good skin tone and provide numerous anti-aging benefits for both men and women.