Delta 5 Is the Best Skin Oil for Acne 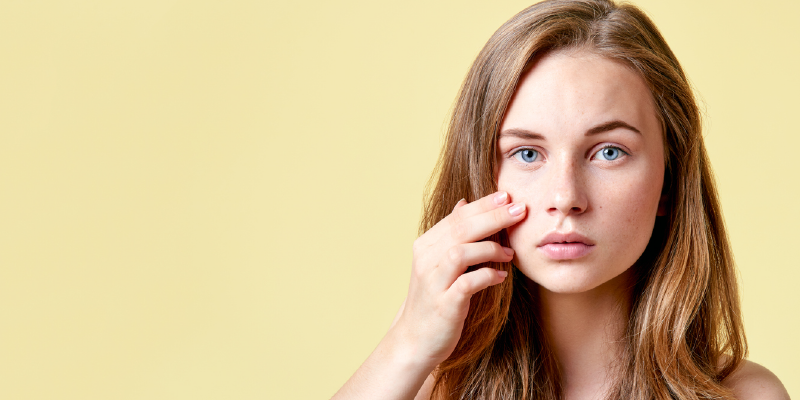 Ten years ago if someone told you to use oil on your face to help to treat your acne you would have run screaming from the crazy person.

Five years ago, you would have engaged in an intelligent discussion about why you think they were wrong.

Now, you’re realizing that there really can be medical benefits to using an oil on your face to help ease a variety of skin conditions, acne included. You’ve seen enough and heard enough about all different walks of people turning towards natural oils. These oils have been used for centuries to care for the skin of emperors, queens, and royalty, as well as the common folk. Oils like jojoba and tea tree are being touted for their effectiveness in controlling oily skin, blemishes, and breakouts.

But there’s a recent arrival to the scene that is quickly gaining favor among the masses as a hard-hitting cosmetic oil that can really pack a hard punch when it comes to taking care of inflammation and fighting bacteria that contributes to acne: Delta-5TM Sciadonic Acid. 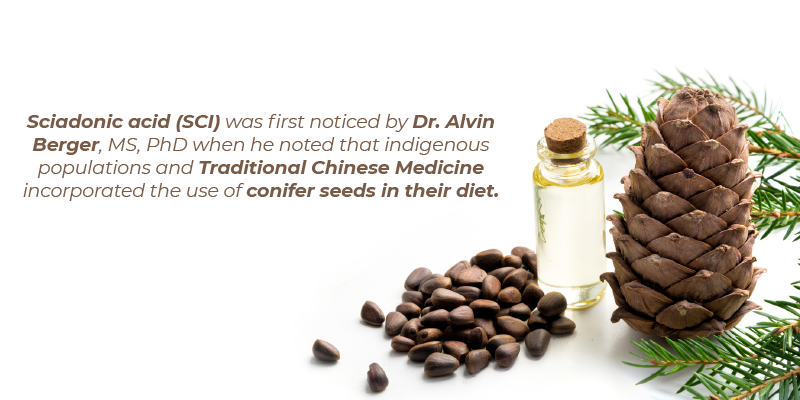 Sciadonic acid (SCI) was first noticed by Dr. Alvin Berger, MS, PhD when he noted that indigenous populations and Traditional Chinese Medicine incorporated the use of conifer seeds in their diet. “In places where these seeds have been consumed, the oils of these seeds have been known for their health properties,” Berger said. His research has confirmed the anti-inflammatory properties of SCI both as an ingestible and as a topical preparation.

SCI, at its core, is a long chain fatty acid found in many conifer seeds like junipers and pines. It has a very unique mechanism of action at a cellular level, where it incorporates itself into the middle of the inflammatory process, getting in the way of molecules (arachidonic acids) that are meant to perpetuate inflammation. That means it shuts inflammation down at its core.

What Does Inflammation Have to Do with Acne? 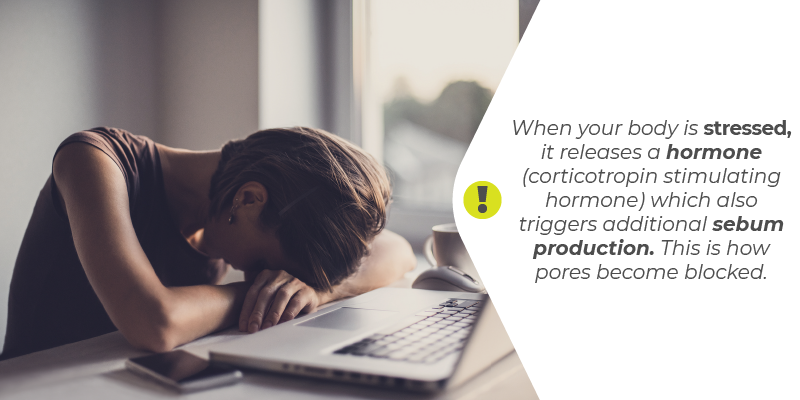 Most people are under the assumption that all acne is caused by bacteria and dirty skin. That’s not necessarily the case. Small numbers of bacteria are actually beneficial to the skin, helping to keep the pores’ sebum production under control. By doing too much in an attempt to dry your already irritated skin, you can actually cause stress, which can trigger the production of even more sebum. When your body is stressed, it releases a hormone (corticotropin stimulating hormone) which also triggers additional sebum production. This is how pores become blocked, though they don’t generally cause acne by themselves.

Chronic inflammation is usually the culprit. Acne inflammation can occur with or without acne bacteria present. Though if bacteria is present, a chronic inflammatory response will turn a molehill (a couple of easy-to-kill bacteria) into a mountain (sending way too many inflammatory chemicals in to deal with the problem), causing the side effects of massive amounts of cytokines which cause collateral damage to the rest of the pore. The damaged pore and the surrounding skin is now red, swollen, and painful.

Stress hormones can also trigger the release of chemicals that will cause the skin to redden and become irritated, meaning bacteria don’t even have to be present for acne to get started. All it takes are lots of the inflammatory chemicals. The problem lies in the fact that many acne treatments also cause damage to healthy skin, as well, which leads to more acne.

Chronic inflammation is usually linked to unhealthy, inflammatory things like eating unhealthy foods, not sleeping well, and exposing yourself to toxins like cigarettes. If you have acne, it’s likely you may have chronic inflammation, at least to a moderate degree.

Using an Oil for Acne

It has been shown that oils can help to regulate the skin’s sebum production by hydrating your skin and penetrating the surface to deliver key vitamins, nutrients, and antioxidants. And, an oil won’t clog your pores and make them oilier.

“Most people try and combat congested skin by using harsh, stripping products that remove all oils from the skin,” says Sian Jones, co-founder of Balance Me. “This causes the skin to overcompensate for the reduction of oils by producing even more, which in turn worsens the congestion.”

New York City aesthetician Cecilia Wong puts it like this: “Using the right oil can help balance, hydrate, and prevent the oil glands from becoming too overactive.” 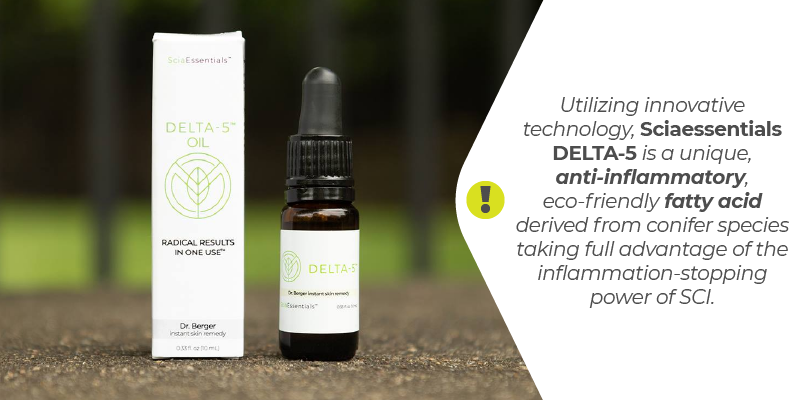 Utilizing innovative technology, SciaessentialsTM DELTA-5 is a unique, anti-inflammatory, eco-friendly fatty acid derived from conifer species taking full advantage of the inflammation-stopping power of SCI. In addition, it contains linoleic acid which penetrates the skin to deliver the SCI, building and improving the skin’s ceramide structure. By decreasing inflammation and strengthening the skin’s barrier function, inflammatory acne can be put to rest.

Utilizing only the specialized mountain cypress seed oil and tocopherols for added antioxidant benefit, the formulation is incredibly adaptive. Use it as a spot treatment for pimples. It can also be added into your favorite skincare products to generate even more effective acne control.

Because of its unique structure, it is more oxidatively-stable, meaning it can be incorporated into products requiring longer shelf life.

Join the ranks of people that are coming to appreciate the acne control possibilities of DELTA-5.